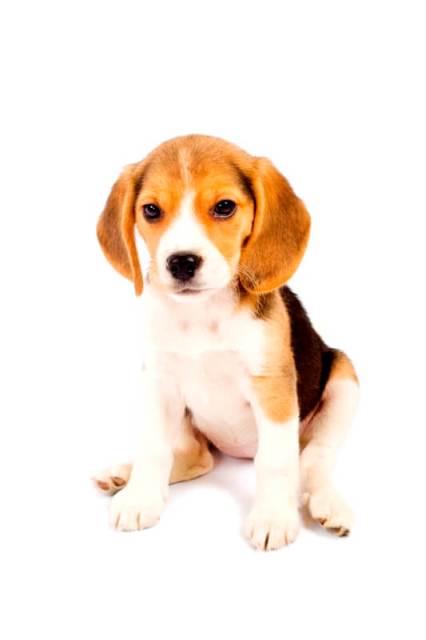 While its origins can be traced back to the harrier and other hounds in England, the Beagle is still one of the most iconic breeds in the U.S. thanks to its distinctive look that has been featured in many films and TV shows, giving them the rightfully earned reputation as loyal companions for adults and kids alike.

However, if you’re looking for a beagle to call your own, it is vital to first learn the specific history and traits of the breed. This will ensure that the dog will get the care and attention it needs, and that you will be able to adjust your habits and living arrangements in order to accommodate the new addition to your family.

History of the Beagle

Tracing the origins of the modern beagle back to its earliest ancestor can be difficult, because there are no reliable records available outside of accounts of similar-sized dogs being used as hunting dogs in Greece during the 5th century BCE. 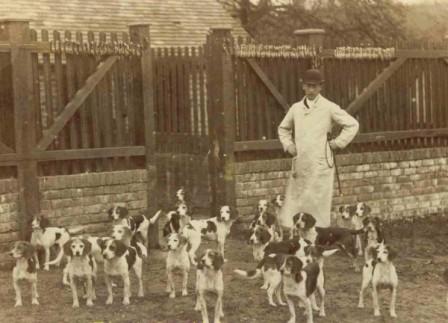 The oldest named breed that bear similarity to the breed we now consider as a Beagle is the St. Hubert Hound, which were used as scent hounds during the 8th century. The St. Hubert Hound then begat the Talbot Hound breed, which William the Conqueror brought to England in the 11th Century.

The Talbot Hound had an exceptional gift for scent-based tracking and hunting, but its main weakness is that it is a slow runner. They were then crossbred by hunting enthusiasts with greyhounds in order to produce a new breed that had the Talbot’s keen sense of smell, but the speed of a greyhound. The earliest successful results of this crossbreeding were the first beagles. They were referred to as “pocket beagles” because many of them only stood less than 10 inches tall, which made them small enough to fit into the pockets of hunters. This breed died out around 1901 when hunters started preferring larger dogs.

A couple of new breeds took its place. First is the Southern Hound, while the other is the North Country Beagle. The 1840s saw this one further being bred into four different varieties, each one varying in size. There’s the medium beagle, the fox beagle, the small lapdog beagle, and then there’s also the terrier beagle that people loved due to its rough coat.

The beagles faced a conundrum in 1887, when their population fell so low that there were only 18 packs left throughout England. This necessitated in the formation of the Beagle Club and the Association of Masters of Harriers and Beagles, which joined forces in order to help raise the population of breed packs. In 1902, they succeeded.

It was around this time that America got its first beagles, courtesy of General Richard Rowett who imported them from England and started enforcing a quality bloodline. The dogs that General Rowett served as the yardstick for the first American standard Beagles, and it is these Beagles that the AKC recognized in 1884.

Beagles: One of the Most Popular Breeds in America

Around the 20th century, the American beagles were elevated from being mere hunting companions to family pets. And the breed started winning prizes at Kennel Club shows, until 2008 when the first ever Beagle won Best in Show. These days, the breed is on the top three position of AKC’s most popular dog breed list. It was also the only breed to have ranked in the top ten consistently every year since their addition to the AKC registry.

Having a Beagle as a Pet

The key to living harmoniously and happily with dogs is knowing their traits and specific quirks, so that you can train them accordingly and make adjustments to your own habits and living arrangements. 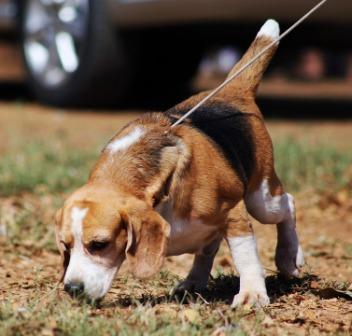 For a Beagle, there are a number that you need to pay close attention to:

Caring for a Beagle 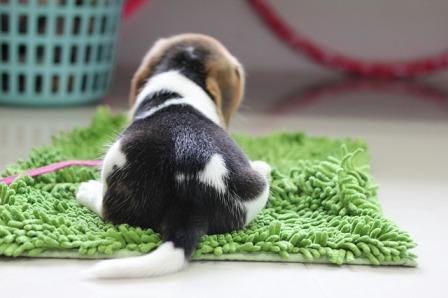 Not all beagles will get the following health issues, but the breed is genetically prone to them so you may want to watch out:

Of course, health issues is not the only reason to care for your dog. Sometimes you just want your dog to look their best. And when it comes to grooming, there are a number of things to consider with a beagle.

For starters, beagles can be of any hound color. The most popular colors include lemon, blue tick, grey (with the most common one being tricolor with a black saddle), but most of them share one thing in common with their coat: a white tip on their tails. This was generally intended to help hunters see them when hunting in tall grass.

Take care of their coats. They are generally clean dogs that don’t require frequent baths, but they are known to sometimes take interest in dirty things that can be rolled in (for instance, mud and sand.) Don’t let them stay dirty for long, especially in winter when their coats are generally longer.

Check and clean their ears regularly because being droop-eared dogs, they ears can easily build up wax and can get infections due to the poor air circulation.

Lastly, dental hygiene is important so make sure to at least brush their teeth two times a week, or daily if you can manage it.