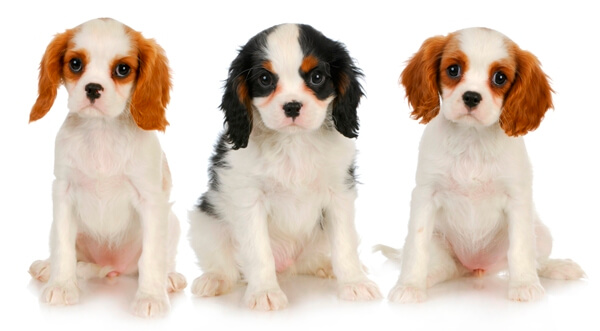 People in Connecticut who are looking for the ideal pet dog tend to favor a handful of dog breeds, and one that consistently ranks among the top choices is the Cavalier King Charles Spaniel. Many new pet owners are not too familiar with this breed, though they will probably take a liking immediately to this dog breed, since spaniels are a fairly famous breed.

The Cavalier King Charles Spaniel, while a relatively new breed, has more than a century of history behind it. Its curious name is taken from the fact that they are frequently given as companions to nobility and royalty.

The reason why Cavalier King Charles Spaniels are frequently identified as lap dogs is because they are small, with average sizes ranging from 12” to 13”. The small stature also results in less weight, with the average cavalier king charles spaniel only weighing 4.5kg to 8kg.

Despite the small frame, this dog breed is well-proportioned, which is further accented by silky, wavy coats. Their heads are also proportionately sized to their bodies, with dark-well develope noses and conical muzzles. This proportionality makes them look more like miniature dogs than midgets. They are also notable for their distinctive hanging ears, which are set high and are slightly feathered. They have long necks and tails that are easy to see when wagging, despite not being carried too high. The fur covering their tails make the tail wagging very kinetic.

Cavalier King Charles Spaniels come in a wide variety of colors, consisting of tri-color, red, black & tan, and chestnut on white. The breed also have straight forelegs and sloping shoulders, which give them an elegant and noble posture, further establishing their name and stature as the pet dog for royalty. 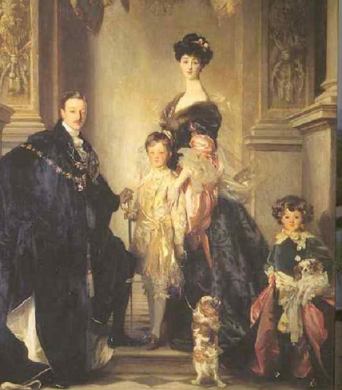 With such a distinctive and long breed name, it is not surprising that this type of spaniel has a fairly interesting history. The name comes from Mary, Queen of Scots’ grandson and great grandson, Charles I and Charles II. It is said that they loved the breed, and that the former Queen of Scots was even accompanied by one as she walked to her execution. King Charles II for his part, was always accompanied by a couple of these spaniels and gave it so much importance that he handed down a decree that spaniels are not to be banned from any public place.

The popularity of the spaniels suffered a bit when Charles II passed away, and royalties started preferring pugs as their pets. The King Charles Spaniels at the time were bred with these pugs, and resulted in breeds that had shorter noses and domed head shapes. For a time, these breeds of King Charles Spaniels became a de facto standard, with the original ones almost nearing extinction.

It was only the efforts of an American named Roswell Eldridge that helped facilitate the return of the original breed. In the 1920s, Eldridge went to England and searched for toy spaniels that resembled the ones depicted in paintings from Charles II’s time. He went so far as to offer a huge sum of reward just to find the best spaniels that resemble the ones from King Charles II’s time. This prize was unclaimed for almost half a decade, until 1928 when Mostyn Walker presented a dog named “Ann’s Son.”

Eldridge already passed away before Miss Walker claimed the prize, but his efforts were not in vain as interest in the breed was rekindled, and led to the formation of a breed club. The club decided to add the prefix “Cavalier” to the breed’s name, in order to avoid confusion with the flat faced King Charles Spaniel, which is more commonly known in the U.S. as the English Toy Spaniel. 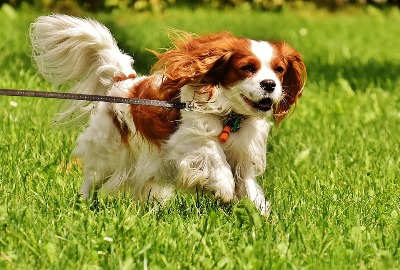 There are several things that an individual who wants to own a pet Cavalier King Charles Spaniel must take into account: 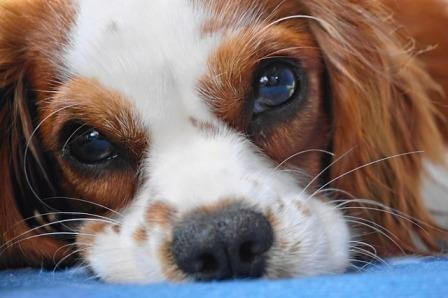 All dogs require even more care from their owners when they get to a certain age due to health issues. But different breeds will be susceptible to different health problems. If you plan on raising and rearing a Cavalier King Charles Spaniel, here are the health concerns that you have to pay attention to:

Cavaliers are very prone to mitral valve disease and heart murmurs. Good breeders tend to help mitigate the risks via the way they are bred and raised, but it does not completely remove the possibility that the problems will develop in advanced age. Fortunately, regular visits to the vet can help catch this problem early and your Cavalier can receive medication or treatments designed to alleviate the symptoms.

Since cavaliers have a small skull that may have trouble accommodating their brain’s cerebellum. This could result in the brain being squeezed through a hole at the back of their skull, resulting in obstruction of the flow of cerebrospinal fluid. The resulting buildup of fluid can then cause syringomyelia, or what is more commonly known as “neck scratcher’s disease” because its primary symptom is itching in the neck area, and constant scrathing. This can only be confirmed by an MRI scan, but there are steroid-based treatments that can help alleviate the symptoms.

Some dogs can be so enthusiastic about food that there is a tendency for overfeeding, which results in obesity. Like humans, obese dogs will be prone to even worse health problems such as diabetes and heart problems. Fortunately, it’s very easy to see if your dog is obese, as a dog gaining too much weight can be hard to miss. It’s also easy to treat as it’s not reliant on medication, but merely on diet and lifestyle changes. Just make sure your dog is fed the right amounts and at the right time, and that he or she gets enough exercise.

This is usually more common in large dog breeds, but Cavalier King Charles Spaniels seem to be genetically prone to this problem as well. This is when the hips develop abnormally, resulting in severe discomfort and arthritis. If you notice your pet moving unevenly and the hips swiveling while running, you may want to get him diagnosed via x-ray. Treatment for these include hip replacement surgeries and pain relief medication.

At least one of the above may happen to your Cavalier in advanced age, so it is important to be ready to give your dog the assist and care he needs when the time comes. A dog that is cared for will live a happy, fulfilled life regardless of any health issues it faces.