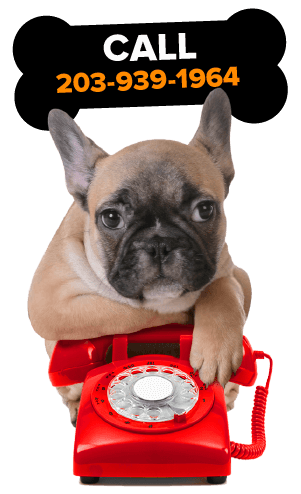 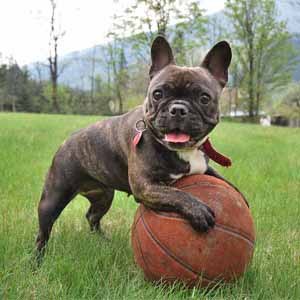 French bulldogs, or “Frenchies,” as they’re lovingly referred to as, are one of the most sought after dog breeds in the world. A cross between English bulldogs and Paris ratters from France, French bulldogs are known for their small stature, muscular build and smushy face. They are extremely playful and loyal animals, making them the perfect companion for single individuals and families with small children alike. With a bit of a stubborn streak as well, these dogs are known for their human-like personality and require a bit of patience to train. However, once trained, the Frenchie demonstrates remarkable intelligence and an eagerness to please beyond that of any other dog breed. Because of this mix of great traits, French bulldog puppies of all sizes—teacup, miniature and toy included—are a much sought after breed, and therefore, quite pricey, averaging anywhere between $2,500 and $5,000.

Why Are French Bulldog Puppies So Expensive?

Simply put, well bred French bulldog puppies are rare. Unfortunately, there are not that many high quality dogs of this breed, but that doesn’t mean that demand for them has lessened any. This is especially true of the more popular colors of the breed, such as rare blue and chocolate, or white, and the even rarer pure blue, pure black, black and tan and blue and tan, which have a higher price too. More common brindle, sable, cream and fawn that are well bred are still expensive, but because they are not as sought after as the others, they are slightly more affordable.

With that said, what’s the reason for the high price?

French bulldogs are not easy to breed.

For starters, due to their narrow hips, Frenchies are incapable of breeding naturally and so a female must be artificially inseminated. This is a fairly expensive process that takes a significant amount of time.

Secondly, a typical French bulldog female tends to have small litters, with an average number of live births topping off at four, but going as low as just one to two puppies. This makes it difficult for breeders to break even after vet costs and artificial insemination expenses.

Third, because of their large heads and stocky shoulders, French bulldog puppies cannot be delivered naturally, as that would cause considerable damage, if not death, to the mother. Instead, they must be delivered via C-section, another expensive procedure.

Lastly, puppies of this breed require a great deal of care and attention in their first weeks and even months of life. From needing to eat every three hours to ensuring that the mother never rolls over a member of her new litter (it happens accidentally, but frequently), a rare French bulldog puppy requires round the clock attention that most caregivers just do not have and are not ready to provide with.

On top of all that, the normal vet bills, cost of medications, toys price, food price, shelter and play area make upbringing a French bulldog a difficult and expensive endeavor.

However, despite their high price tag, pups of all kinds and colors—miniature, teacup toy and French English bulldog mix, French bulldog Boston terrier mix and French bulldog Shih Tzu mix—are wonderful dogs that love their owner. Both genders united, male as female, are relatively low maintenance, enjoy lying around the house all day and will be there to cuddle with you any time of day or night.

Owners of French bulldog puppies treat their pets like they are humans, and for good reason: this breed has one of the most affectionate human-like personalities of any other dog breed out their, and, more specifically, one of the most hilarious personalities of any breed. With a personality that ranges from rambunctious and playful to calm and loving to times of complete stoicism, Frenchies have an extremely expressive personality, making them the perfect companion for dog lovers.

Bulldogs aren’t known for their high energy levels and are mostly famous for their ability to lounge and sleep the day away. For this reason, people who live in small spaces or an apartment complex often choose this breed as their breed of choice. If you work long hours, you’ll never have to worry about your pet getting a lack of exercise in nature, as they’re perfectly content and even winded after running around the house for a few hours each day.

Frenchies are great with kids and elderly people alike, as they’re playful but smart enough not to hurt a child. Additionally, they’re very territorial and will protect your little ones from anything unfamiliar as if a watchdog. They make a super company. Moreover, this breed—especially the miniature bulldogs or teacup French bulldog Boston terrier mix puppies—are small enough to be held without issue. They can jump themselves up onto just about any piece of furniture and are just happy to lay on your lap all day.

However, as with all creatures, there will be instances where your bulldog will display aggression or anger. It is up to you to determine what made them feel angry in the first place and to correct the cause.

Caring for Your Cute French Bulldog

As stated on American Kennel Club site,  a French bulldog does not need a lot of exercise and in general, has fairly low energy levels. However, with that in mind, they do still need exercise to maintain a healthy weight. Short walks or fun playtime in a small yard is just the right amount of exercise that every bulldog needs and loves. They are not so high energy that they need a large play space to roam around in. An important thing to keep in mind is that bulldogs are prone to heat exhaustion and should not be taken out for exercise in high temperatures. Limit exercise and playtime to cool mornings and evenings.

When training your Frenchie puppy, keep in mind that they are stubborn and may not respond to typical training techniques. It is up to you to get to know your puppy’s personality and alter your techniques to be in line with their learning behaviors.

Additionally, French bulldog puppies are not above chewing on your stuff or going to the bathroom in the house. You will still need to train your puppy to not chew on things that could harm them or that you do not want destroyed, as well as crate train them until they are fully housetrained.

Most bulldogs eat 1 to 1.5 cups of top-quality dry food a day, divided into two meals. However, each dog is different, and how much you feed your adult bulldog will depend on his size, age, build, metabolism and activity level. Like people, dogs are individuals with their own individual needs.

Because of their short hair, Frenchies are low maintenance and fairly easy to groom. They simply need an occasional brushing to keep their coat luxurious and healthy. When grooming your pup, check his skin for any bare spots, scabs, lesions, signs of infection or rough and flaky skin. Additionally, check his eyes, ears and teeth for any discharge or bad smells. If you notice anything unusual, take your dog into the veterinarian right away, as these pets are known for having health issues.

It is important that you clean your puppy’s ears regularly with a damp, warm washcloth and to run a swap around the edge of the canal to remove any wax buildup. Never stick the cotton swab inside of the canal entirely.

Pay attention to your dog’s nails, as nails do not naturally wear down and will need to be trimmed regularly.

Finally, keep your pup’s facial wrinkles clean and dry to prevent any infections, and clean between his folds during each bath, which should be done monthly or as needed.

Common Health Concerns to Look Out For Both Gender Pups: Male and Female

Well bred bulldogs aren’t susceptible to all or any of these diseases, but like all living creatures, they can still fall victim to certain disorders. Some common conditions of this breed include:

Purchasing your puppy from a good breeder can significantly reduce your risk of getting a French bulldog with certain problems. Ask your breeder about the health of the parent dogs, as well as for complete medial records.

Because French bulldog puppies are so expensive, many people try to adopt through shelters and other adoption agencies. While this is a very altruistic thing to do, it is not very wise. Unfortunately, most Frenchies that have been put up for adoption have extensive medical problems that are unlikely to be resolved even after extensive and costly medical treatment. After running through their bankroll, many owners find that they simply do not have the funds to care for their pup anymore, and so drop them at a shelter in hopes that someone else can foot the rest of the dog’s medical bills. In the end, an adopted bulldog ends up costing the adoptive parent three times more than one purchased from a reputable breeder.

At CT Breeder, we are by no means against adopting a dog and saving a life, but French bulldogs found at shelters are almost always un-savable, and it would not do you or them any good to take them home only to discover that you do not have the means to keep up with their sky high medical bills.

How to Select a Reputable Breeder

Breeding French bulldogs is a difficult and expensive process and this kind of challenge is certainly not for everyone. However, many people try to breed them, only to discover after they’ve delivered a litter, that the pups have extensive health issues. In many cases, they will try to sell them anyway, just to get their money back. For this reason, you want to be extremely wary when shopping. Check your AKC community should you have more questions.

At CT Breeder, we advise hopeful pet owners to do the following when looking for the right close seller, even that is not AKC registered:

Finally, always thoroughly investigate or browse the seller about any potential health problems, family history and any other questions or concerns about your future puppy. The best breeders will be willing to address any and all concerns, while puppy mills will shy away from even your most basic questions.

The Basics of Owning a French Bulldog

If you’re set on buying a puppy of French bulldog, give careful consideration to the above information. Finally, keep in mind the following last-minute tips:

If you’re interested in purchasing a beautiful French bulldog puppy of almost any color and are in search for a perfect match, turn to CT Breeder current location and ask about their French bulldog puppies for sale –  (203) 920-4950.