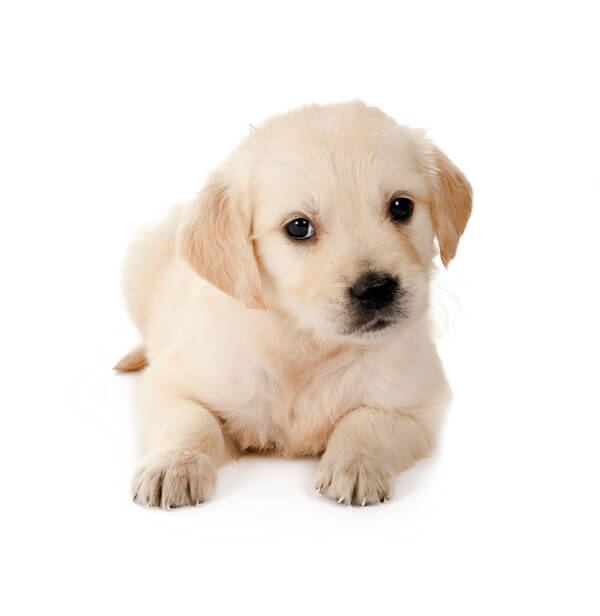 If you live in Connecticut and you are looking for the perfect dog to be your pet, the Golden Retriever
is an easy recommendation. They remain as one of the most popular dog breeds not just in CT, but in the entire country due to a number of reasons.

There has to be a good reason why people from CT and all over the country are looking for purebred Golden Retrievers. The simplest reasons are because:

People who want to buy a golden retriever will be able to choose between different colors of coat. The most common ones are English cream, but there are also red (light or dark), Irish cream, white, brown, mahogany, and dark colored.

Their coat will also come in different types. You will find retrievers who have a short hair, ones that have long hair, and many who have fluffy coats, making them look extremely cute and huggable (not to mention much larger than they really are.)

There are different types of golden retrievers. Their common traits tend to be their large, strong bodies and dense, wavy coat. But they have a long history of pedigree breeding and so have been segmented into different regional variations. There are three common types, each with their own distinctive characteristics. 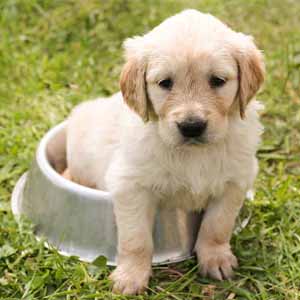 This type is very common throughout Europe, particularly in Austria. Out of the three major types of the breed, the British ones are the biggest because they have been bred to have broader skulls and more balanced, muscular bodies. Out of all the three major types, the British Golden Retrievers are the closest to their origins as hunting and gun dogs because of their large musculature and great endurance. 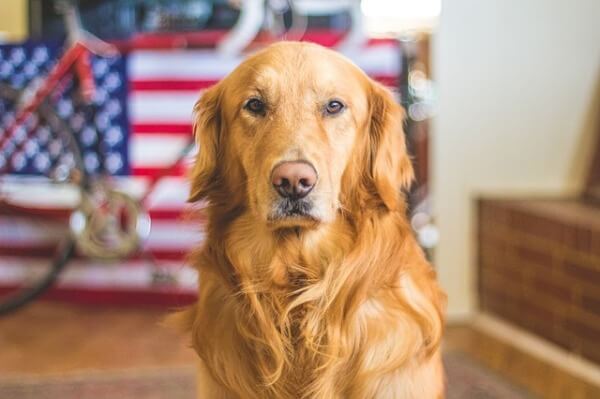 This type is leaner and less muscular than the other types, with coat that take on much darker colors that feather really well. The American golden retrievers are well sought because of their distinct walking patterns, which tend to take on a free, smooth, and powerful trot due to the fact that their feet have a tendency to converge towards the center of their line of balance. 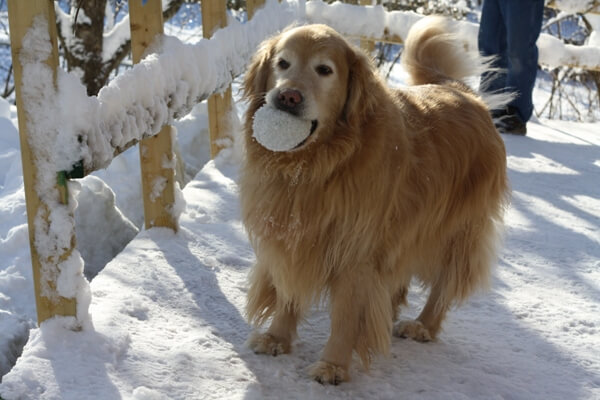 The Canadian type is much taller than the other types, but doesn’t look as imposing due to its thinner coat. While they tend to be of the same size as Canadian types, they tend to look taller due to their leaner musculature and straighter stance, not to mention the coat that tends to hug the body better.

Considerations for Owning a Golden Retriever

Owning a dog is a big responsibility, and is not something that should be taken as lightly as one would when it comes to buying an appliance or a toy. Golden retrievers are very loyal, loving, and fun to be around, but they have specific needs and quirks that you need to consider before buying one.

You Need to Have the Room

If you live in a small shack with narrow spaces and lots of tight corners to bump into, you may want to think twice because goldens are medium to large-sized dogs that can have as much as 24 inches at the shoulder and could grow as heavy as 75 pounds. They have very active tails that can easily sweep cups or vases off tables when excited. You will have to ensure that your house is uncluttered if you want a golden in your life.

You Have to Be Physically Active as Well

These dogs were originally bred for hunting and sports, so they tend to have a lot of stamina and will require at least 20 to 30 minutes of consistent exercise daily. If you don’t plan on playing with your dog or at least taking him for brisk walks daily, you may have difficulties with owning a golden (or you could end up with an unhappy dog.)

Golden Retrievers are a very sociable breed and can develop a strong attachment to their owners. They are susceptible to depression and separation anxiety if left alone all day, so make sure you are able to make yourself (or a family member) present for her at least every 5 hours.

Goldens are excessively playful, and they have been bred to carry things with their mouth. This results in a breed that will chew on just about anything that they can clamp their mouths to – shoes being the most common. So if you are planning to own a Golden, you have to keep your shoes, telephones, game consoles, pillows, toys out of reach. There are training classes that can help minimize the behavior, but the key word here being “minimize,” not “get rid of.” You can’t deny a dog its natural instinct. Alternatively, you can buy your dog a chew toy or a bully stick, but be ready because they’ll go through the stuff real fast.

Neutering Can Pose Health Risks to a Golden

Experts at the University of California have conducted research that point to neutering having negative effects on the health of a Golden Retriever. Some of the likely complications include increased risk of getting joint disorders and cancer. So if you want a golden and want to prevent it from breeding, you have to consider alternative methods such as tubal ligation or vasectomy.

As with most large breeds, there are specific health concerns that you need to be wary of. They are prone to hip and elbow dysplasia, as well as eye disorders. So make sure to be ready for regular visits to the vet in order to keep your golden’s health in tip-top shape.

They Are Not Meant to Be Guard Dogs

Don’t be fooled by the large size. Goldens are too nice to be guard dogs. They may growl and bark protectively, but an intruder has a chance of pacifying them because they are just that nice.

Really Good Reasons to Own a Goldie 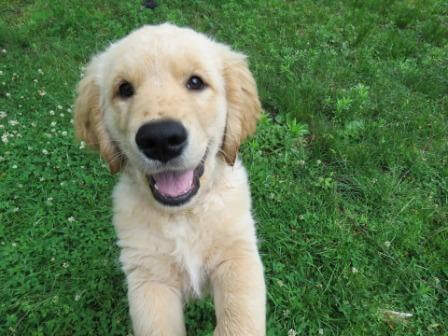 Despite the somewhat lengthy, detailed list of concerns above, a golden retriever is still one of the most recommended dog breeds for Connecticut families due to a number of reasons:

Is a Golden Retriever the Right Dog for You?

It should be easy to know if a Golden Retriever will find a place in your home, based on the pros and cons outlined above. One important thing to remember is that all dogs, regardless of breed, will require attention, care, and love from their owner. If you can provide those, then the rest will naturally follow and you should be able to spend many exciting years with your pet.