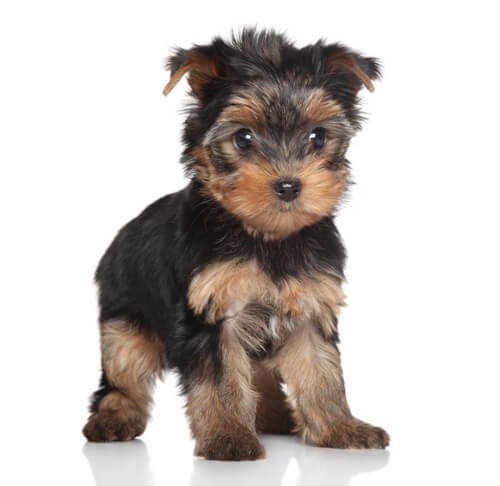 The Yorkshire Terrier is one of the most popular breeds pet dogs, especially when it comes to the category of lap dogs. But the interesting thing is that this pint-sized dog was originally bred as a working class dog, with its ancestors in England being used as hunters of small vermin.It was only because of their beautiful coat that they eventually became the go-to lapdog and a favorite in dog shows.

Origins of the Yorkshire Terrier

The clue is in its name – the first Yorkshire Terriers were bred in the county of Yorkshire, England, during the 19th century. They were originally not meant to be a luxury or for display (as those types of dogs are exclusive to the nobles and royalty at the time.) Instead, the “Yorkies” were raised by the working class, particularly the weavers. 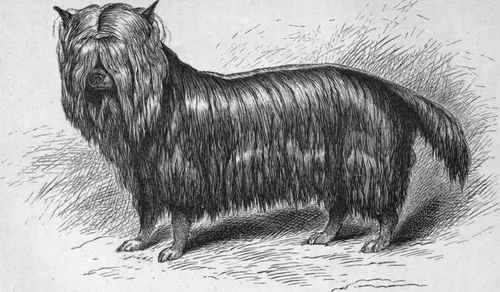 The weavers first bred the Yorkshire Terrier from other terrier breeds, most notably the Waterside, the Paisley, and the Manchester Terriers. The main reason why they are preferred by weavers is that the Yorkies are very good at hunting down rats and other small vermin, as their small size allowed them to sneak into places that couldn’t accommodate larger breeds. The first Yorkies were put to work on clothing mills, which at the time were prone to rat and vermin infestation.

The Yorkies eventually became popular even outside of their function as vermin hunters, thanks to their playful personality, portable size, and beautiful coats. The breed has become part of the English Kennel Club (EKC) since its inception in 1873, and was eventually brought to the US in the 19th century. The American counterpart of the EKC recognized the Yorkshire Terrier in 1885, and it has since become one of the most popular breeds in the country.

The purebreed Yorkshire terrier is not to be confused with the Biewer yorkie, which is a separate, and much newer breed that was only developed in 1984 in Germany. It is the result of a genetic recessive gene that traces its origins from 2 Yorkshire Terriers. It is easy to confuse for a purebreed, because the biggest physical difference is only the color, and the fact that the hair is not silky, but curly.

Advantages of a Yorkshire Terrier 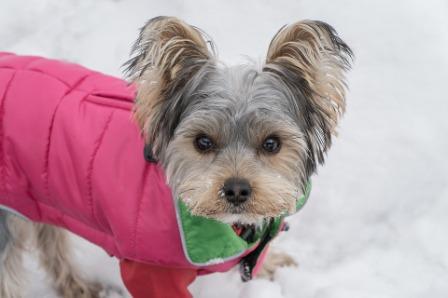 It’s true that Yorkies are well-loved in the US, England, and many other countries because they look extremely cute and cuddly, but that is not the sole reason for the breed’s popularity. There are a number of other advantages that a Yorkshire Terrier has, such as:

Taking Care of a Yorkie 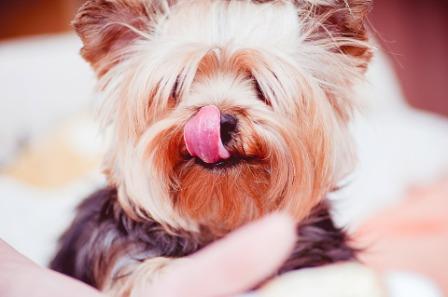 Yorkshire terriers have a life expectancy of at least 13 to 15 years, they can live longer and the key is of course, taking good care of the dog and addressing both their physical and emotional needs. A few things you need to keep in mind:

Small breed dogs have faster metabolism compared to larger breeds, so a small breed like a yorkie will tend to require food more frequently than a normal sized or large dog. The same goes for water. You should not overfeed the yorkie, but you should ensure that food and water are both available and accessible when the dog needs it.

A yorkie that isn’t being fed enough will be susceptible to hypoglycemia, or low blood sugar. Owners should have Karo syrup or Nutrical available for rubbing on the yorkie’s gums in cases where food is not available. Most other ailments that could affect a Yorkie can be addressed simply with regular vet visits and vaccinations. Like any dog, Yorkies are susceptible to rabies so they need to be immunized when they are at least 16 weeks old.

Yorkies are cute in the sense that they are very brave and have a tendency to act tougher than they really are, but this also carries the risk that they may end up hurting themselves with falls from couches and beds due to mistimed or intentional jumps. Small toys and gadgets can also pose a choking hazard, and be careful about human food that falls on the floor – they are quick to snatch anything that falls on the floor so they may end up eating food that are perfectly fine for humans but harmful to dogs (for example, chocolate bars.)

Their small size is very fitting because Yorkies pretty much need to be treated the same way you would be a human toddler with regard to safety. You may have to supervise them if they are near hazardous places. It is a good idea to babyproof and yorkie-proof your home, if you plan on owning a pet yorkie.

Their fluffy, voluminous coat make yorkshire terriers extremely cuddly and cute, but it also means that they require extra care during grooming. A yorkie needs to have its hair brushed regularly, and the fur around its genitals should be clipped in order to avoid infections. Toenails must also be trimmed because they have a tendency to get tangled in the fur (not to mention growing them too long makes them prone to injury if a mistimed jump results in them falling on their toes, breaking the nails in the process.)

Finally, it is best to avoid spoiling a Yorkie from the day you first get him. They are very cute, cuddly, and lovable so it’s very difficult to be strict with them, but you should still learn how to say “no” if they exhibit unwanted behaviors. They may not understand it at first, but given enough time they will catch on and stop doing things that you disapprove of. They thrive on affection and positive reinforcement, so it will be easy to train them into being obedient and well-behaved. If you spoil the Yorkie, the bad behavior may become deep-seated and will be hard to curb the older he gets.