How Long To Groom A Dog

31 Oct | Posted by Alice | no comments | caring for a dog, Grooming 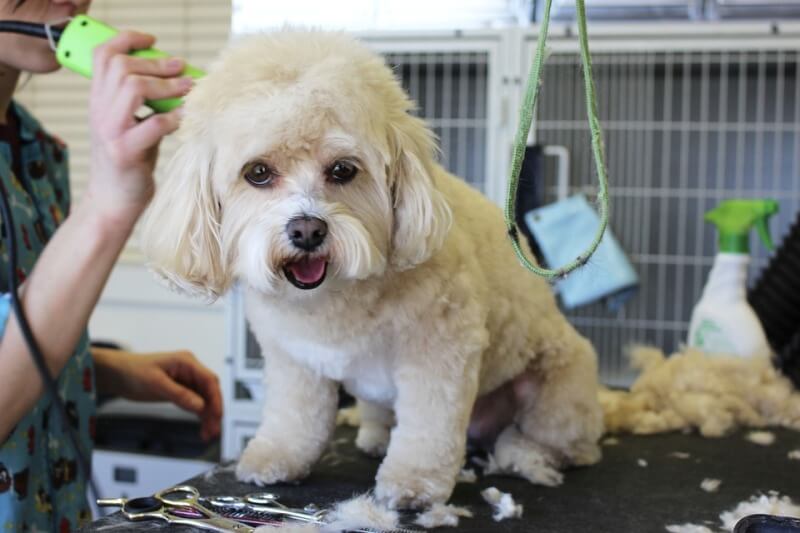 Naturally, being that there are tons of different types of dogs, there are also different amounts of time that it would take to groom a dog. For example, a little short haired well behaved Duchshund would take no time next to a full grown playful Rottweiler that won’t stand still and is constantly trying to get away from you. But in short, expect a grooming session to last around 1 1/2 hours.

There are services that can do the job in less time, they’re called express services and can be sorted out ahead of time. There are also minor services that groomers offer such as trimming nails that take less time compared to the full service of a groomer. In cases of quick fixes, dog owners are allowed to stay and watch as their best friends are tended to, but it is preferred that owners stay in the viewing areas as opposed to the grooming kennel or the bathing area. This rule is actually a safety measure for your loved one, so it would be best not to argue and let the professionals do their jobs.

Some dog owners wonder how come a one and a half hour grooming session takes 4 hours before they can come and pick up their pets. This happens in cases where lines are being served and it’s not your dogs turn yet. Groomers are able to groom more than one dog at a time, but it is done in a sequence that while one dog is drying under a dryer, another is being washed, and yet another is having his nails cut. But this doesn’t mean that your dog will be ready sooner, it is just effective time management on behalf of the groomers.

Other cases of longer time consumption occur when a large dog with a thick coat of hair is getting a haircut. That dog needs to be bathed first, even if the hair is about to be cut, just like a human’s haircut treatment at a salon. Think of it this way, if you force a clipper blade through the thick coat of hair of your dog, it would actually take twice as long and worse, the cut will appear unprofessional. The groomer would likely have to repeat the entire process and double the amount of time it would take to groom your dog.

Another road block with time is when groomers are unsuspecting of parasites. These fleas and ticks need to be treated immediately; there is actual urgency in the matter and it is one hundred percent essential to hand pick each and every tick off of their bodies until there are none left. If a dog is returned to their owners with parasites, this would be an awful sign of the groomers service, and could cause further injury to your recently groomed puppy.

Though the process of grooming seems rather mechanical, there are also inevitable time consumers that come into play when you least expect it. Some are in the form of a ringing phone, others in the accidents that pets sometimes have when they need to go to the bathroom but don’t know where it is! Groomers take dogs out on potty breaks, but as they say, accidents still happen.

So there is no clear cut answer as to how long it would take to groom your dog, but we know that when you have them groomed, they are part of a professional work force of capable professionals who are the best at multi tasking and know how to get the job done in the quickest time possible, even if it seems they’re taking forever. It must be known that the first priority of any person involved is the safety, well being, and health of every pet.