Why Is My Puppy So Cute 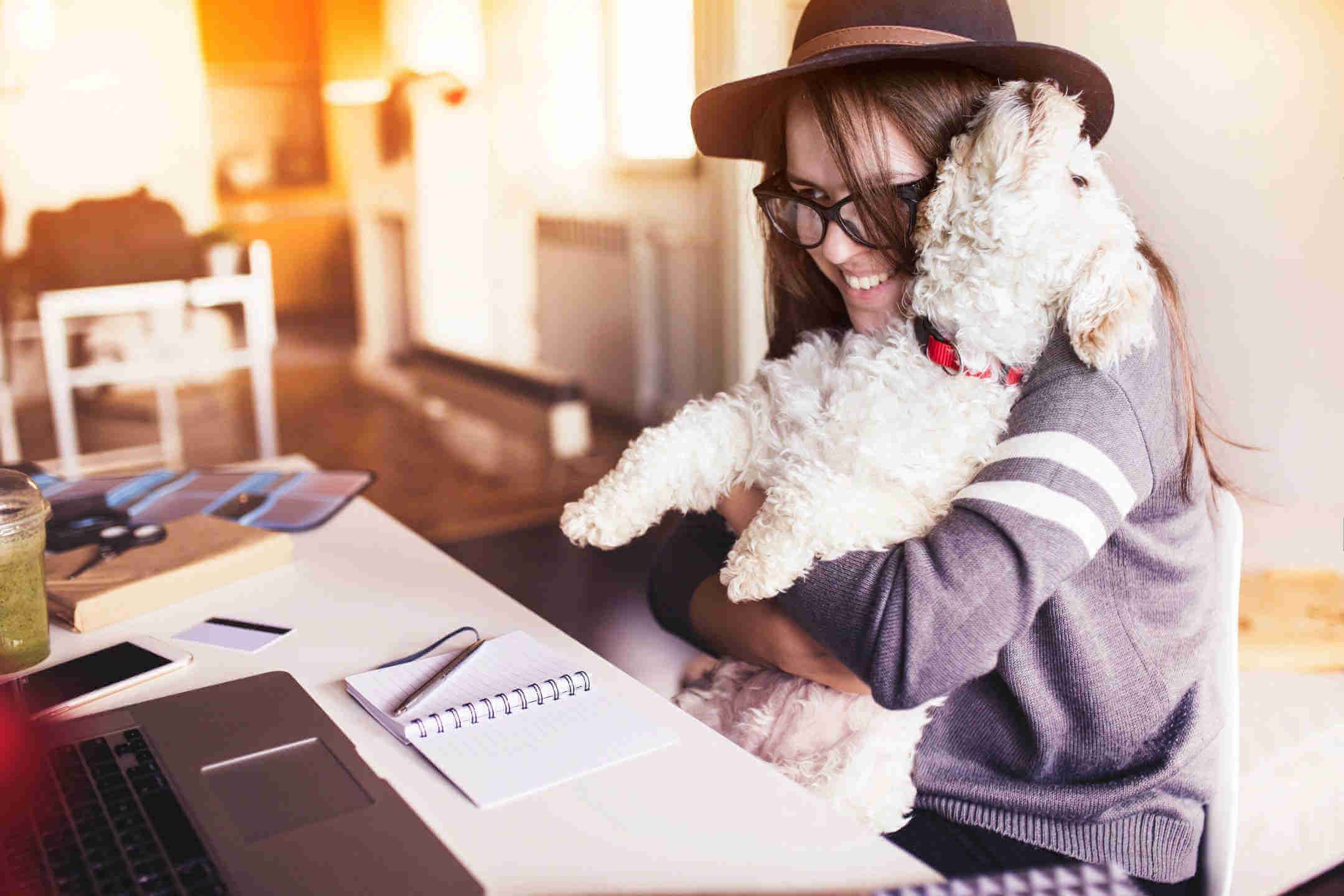 Like babies, puppies have evolved into becoming the cute little pets that we have all come to love and cherish, practically to the extreme of considering them as our own flesh and blood. This evolution and the physical characteristics of these little furry creatures was naturally designed to encourage humans to take such good care of them.

Physical attributes such as big eyes and chubby cheeks, as well as the whimpering sounds and funky smells that they make are what makes caregivers naturally attracted to them. A study of the human brain determined that neural networks involved with caregiving were highlighted when the brain activity was related to being affected by cuteness.

A professor from the Department of Psychiatry from Oxford University also concluded that adults are attracted to infants from numerous senses. It is that cuteness that shapes our behavior when we are with them. This exact relationship underlines our connection to cute puppies too.

Professor Morten Kringelbach went on to saying that caregiving ignites brain pleasure systems similar to that of enjoying a delicious meal or listening to an enjoyable piece of music. It is a choreography of deliberate pro social behaviors that when constructed into a single element, create a pleasant experience.

Let’s break it down in an effort to better understanding what it is about puppies, as well as kittens and other young pets that make our hearts melt every single time.

A new study has revealed that there are a number of physical appearances in pets that instantly attract human kindness and the desire to give care–the big forehead to fit the big brain. Humans, as well as animals are born with large heads so that their brains, which are not yet proportionate will fit comfortably and will be protected from injury. As mentioned earlier, chubby cheeks, large eyes, soft textures and their round bodies are also attributes in puppies that cause us to be instantly drawn to them.

These attributes, otherwise known as “baby schema”, are also typically found in stuffed toys and animals and as we have discovered on our own, also play a role in being drawn to them as cute toys which we use when playing with babies. One shouldn’t be surprised when finding babies or toddlers squeezing the faces and bodies of little puppies, they can’t help themselves since we are genetically wired to do exactly that.

Mini Cooper, one of the most popular cute cars designed by BMW, also use large, round headlights to mimic a pair of eyes. This design has been legendary in attracting people who have a fondness for all things cute and as a result, have shot through the roof in sales. It is a result of the mesocorticolimbic system, which is an area in our brains that stimulates us. It causes motivation and when our brains recognize these features, it also reminds us of ourselves as youngsters and hence, dopamine is released and gives us a euphoric feeling. It is practically the same as falling in love.

As we all know, dopamine can be relatively addicting and that is why we search to repeat this euphoria which keeps us coming back for more.

In nature, we are built to grow. But we start slow and the fact that we cannot carry our own heads as newborns, plays a major contribution in why kids and pets are born cute. We need them to depend on us so that we can nurture them in order to prolong their existence. Dopamine and oxytocin is released with the reward of caring for a puppy and play a very important role in social interaction and intimacy.

As for the bond between mother and child, it is this “baby schema” that creates such a tight bond and makes the mother able to do anything to care for her child. The same rule follows when caring for our pets and creates that attachment. You’ve all heard of unlikely animals caring for animals of other species or breeds, a mother often cannot help but care of an animal that is helpless against predators. How many stories have come out of monkeys caring for puppies, or dolphins caring for humans, or even closer to home, of human mothers adopting children due to the fact that the baby has no one to raise him or her? This maternal instinct has been seen in mammals, birds, and other species as well. This instinct is so strong that even if they themselves have never been mothers, they are this way anyway. It is known as ‘allomothering’.

Think of the naughtiest thing your pet dog has ever done. Was it spilling flour all over the kitchen floor? Or perhaps scattering cereal all over the house? Maybe it was destroying your brand new 3-seater couch? I know of at least one story where my friends pet dog even tore up the seat of his brand new motorcycle. But regardless of the damage done or the cost of the expense to repair the damage, all it really takes is a little bit of ear flopping with a tilted head and sad eyes to make all forgotten. There’s no doubt about it, man’s best friend can soften even the toughest men, and it is the science of being cute that explains it all.

In today’s day and age, puppies have evolved into little fluffy creatures that have put an already unfair advantage on an even bigger and heavier tip of the scale. We see it every day. All it takes is to take a quick stroll on the street to find puppies in hats, designer shirts, doggie diapers, incredible haircuts, perfect grooming, and perfect sized strollers.

There are cute puppies for sale with champion breeding, as well as all the accessories you never thought would exist a mere 5 years ago. Even dogs who were once deemed a threat or dangerous for children are now accepted as household pets raised with human babies as their own siblings.

There’s no denying it, the evolution of the cuteness of the puppy is sure to continue winning hearts all over the world, and our euphoria, baby schema, dopamine levels, and general joy are going to enjoy their presence as we continue living our everyday lives with these little fluffy puppies.