Which One Is Better: The Golden Retriever or The Labrador Retriever? 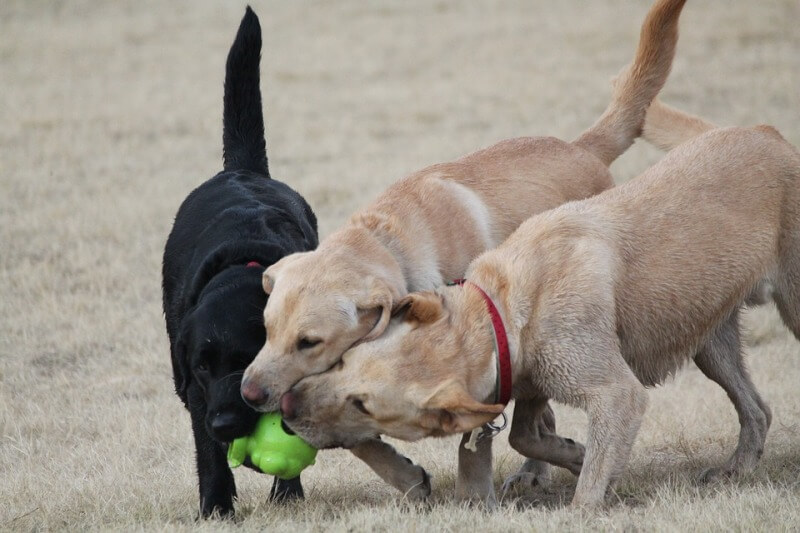 Retrievers are first and foremost loving family dogs. Whether you’ve got a golden or a labrador retriever, both do well in homes and have an endless supply of love to give. Conversely, they also demand to receive huge amounts of love back. Known as water dogs, they are highly intelligent, easy to train, are very athletic, and have personality traits that you can’t help but fall in love with, even if they’ve just chewed up your brand new shoes.

Misbehavior in them can easily be remedied. All a dog owner would need to do is make sure that your dog spends lots of time with someone he or she can trust. Whether it be a pet sitter or a dog walker, or you, so long as your dog is receiving attention, play time, bathroom breaks, plus of course walking and running around, your retriever will be easy to train and can be taught not to eat up the furniture.

Besides the personality traits that golden retrievers share with labrador types, they also share a few physical characteristics. They are both roughly 22-24 inches, they both have folded ears and long tails, they both have webbed feet and soft mouths, and their expressions are happy and enthusiastic.

However, traits that are unique to golden types would be their flat or wavy coat and long snout. Their thick long coats are also water repellent and their mouths tend to smile more. Whereas the labrador has a broader head and pronounced eyebrows. Their muzzles are non-tapered and they have a more muscular build.

Golden retrievers originated in the United Kingdom, the labrador was from the United States as well as Canada. 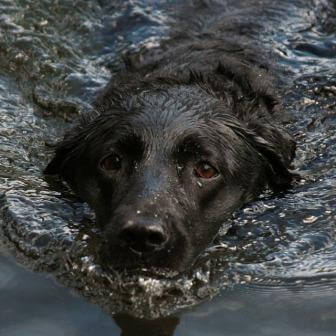 Did you know that the labrador has been the favorite dog in America for 25 years now? Golden retrievers have always been in the top 5 but have not hit number 1. Their ancestor is the St. Johns Water Dog which is now an extinct breed that originated in Canada and was used to help fishermen scatter their nets in ice. It is this ancestry that makes them both such strong swimmers.

The life expectancy of a golden retriever is 10-13 years whereas that of a labrador is 10-12 years. Labradors also tend to be heavier at 62-80lbs while golden retrievers weigh 55-75lbs. The cost of buying them also varies but expect the goldens to cost about $800-$1200 while labradors will set you back between $900-$1500.

Labradors also come in 3 colors: chocolate is the most popular, followed by black, and ending with yellow. There are other labrador colors but for the most part it is these three. Golden retrievers colors are not as pronounced as the labrador but they do have numerous shades between creamy blonde to practically red.

Golden retrievers are also considered to be more alert and friendly while labradors are more affectionate and energetic.

Like all dogs, retrievers also have health risks. What the golden retrievers share with labradors is that both are at risk of cancer, obesity, hip dysplasia, and ear infections.

Labradors are also at risk of an abnormality in their eyelids that cause irritation in their cornea, this is called Entropion. Labs may also develop malformation in their knees and elbows and they can also suffer from Laryngeal paralysis which is an illness that affects older labs in particular by paralizing the voice box which causes them to have a muffled bark and difficulty in breathing.

These type of dogs have got tons of hair. Labradors are notorious for shedding and golden retrievers have long luxurious coats. Both need regular grooming as they both have double coats and go through two big sheds per year. An undercoat rake is also needed for grooming your golden to prevent their hair from matting. Labradors are a little bit lower in maintenance in terms of grooming but also require regular brushing in order to make their hair softer and cleaner.

Both the golden retriever and the labrador also need proper nutrition in order to remain healthy and strong. They need approximately 3 cups of dry dog food per day. Don’t forget at least 2 walks/runs for at least 15 minutes each. 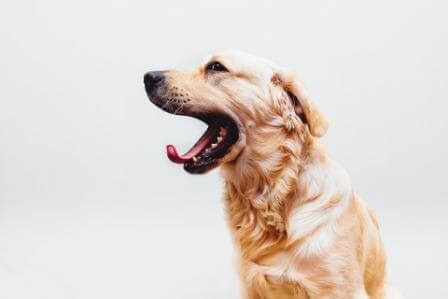 Particularly active dogs, both golden retrievers and labradors are best for owners that are very active. These dogs have been bred as companions of hunters, they were designed to be active with their owners whether it be swimming, running or hunting! If you do a lot of jogging, walking, or running, they make for excellent companions.

They are also both easy to train and make for perfect first time owners of dogs or for people who like dogs that obey and listen quickly. They’re also both really good with children. They are patient, will allow their faces to be squashed between your littles ones hands, have been known to let kids fall asleep on their bellies, and will grow up with your children and be great friends to them.

If you’re not quite sure which dog to pick, it would be most advisable to visit a dog park where there are no shortages of labradors and golden retrievers. Spend time with each of them and it shouldn’t take too long for you to find out which of the two is more suitable for you. You can also contact breeder call (203) 920-4950 who can give you a more details background on both as well as their temperament and the history of the dogs within their line.

Either way, retrievers are great family dogs and if you’re looking to have a fun loving highly active and smart new best friend, you can’t go wrong with either of these two.